Sumatra - Island of many rare species

On behalf of the most famous zoological gardens of the Western World a few teams of big game hunters set out to the jungle of Sumatra to catch some nearly extinct species for the benefit of posterity. While also the black market lures with attractive prices, the inhabitants of the island have a say in the matter as well.

Expedition Sumatra leads the players into the dense primeval forest of the Indonesian island. By cleverly flipping and rotating the path tiles they have to build new roads through the jungle, track down rare animals and load them onto their ships, which circle around the island.

Like the vegetation in a jungle the board of Expedition Sumatra is constantly changing its appearance - old paths vanish, new ones appear, while the players are searching for animals hidden in the forest. And each tile that is flipped raises the question anew: Will the hunt be successful or will there be only deserted paths or might there even be a native lurking, ready to take the hard-won animals back to the jungle? 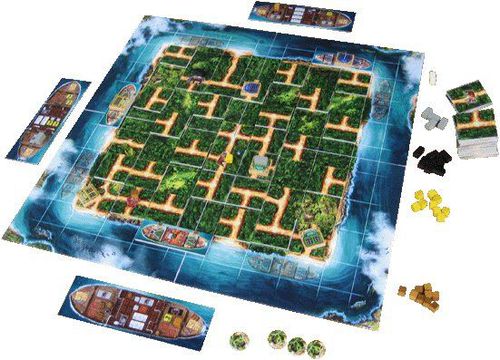 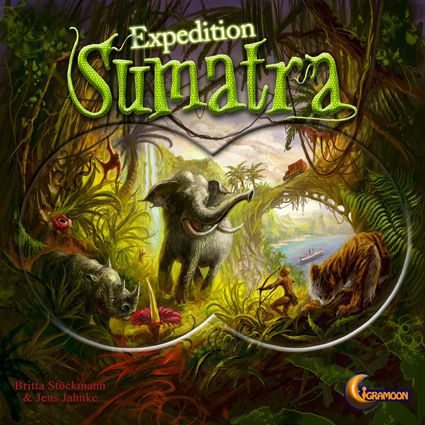